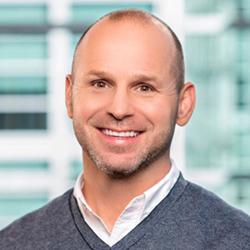 Deano Robets was born in Helena, MT where he graduated from Capital High School in 1991. Deano went on to attend the United States Military Academy at West Point graduating in 1996 with degrees in English and Philosophy and a minor in Systems Engineering. Upon graduation and commissioning as an Aviation Officer he went on to serve as an AH-64 Apache Attack Helicopter pilot with deployments to Bosnia, Albania, and Kosovo. During his continued service as an active duty military officer he served in a variety of roles including Commander of the US Army’s Primary/Instrument Flight School, Team Chief – Aviation Combat Development, Operations Officer and Commander of CST (Weapons of Mass Destruction Response), Assoc. Professor of Military Science (Univ of Montana), Team Chief –NORAD/NORHTCOM, Executive Senior Fellow Harvard Kennedy School and Commander 363rd TSN Battalion.

Deano still serves today as a Colonel in the US Army Reserves assigned to US Northern Command. Deano’s other deployments were in support operations for the Global War on Terror and domestic response operations to Hurricanes Katrina, Rita, and Sandy.

In 2013, Deano transitioned from active service to reserve service to become a Program Manager on Facebook’s Data Center Infrastructure Group. After a few years of helping Facebook to scale; in 2015 called Slack. Today Deano serves as the Vice President of Slack’s Global Workplace Group in San Francisco.